Rising to the challenge

Blue Mountain Midstream is guided by an experienced senior management team with a proven track record in building, growing and monetizing midstream assets by providing exceptional physical and commercial operations and active value creation for investors. 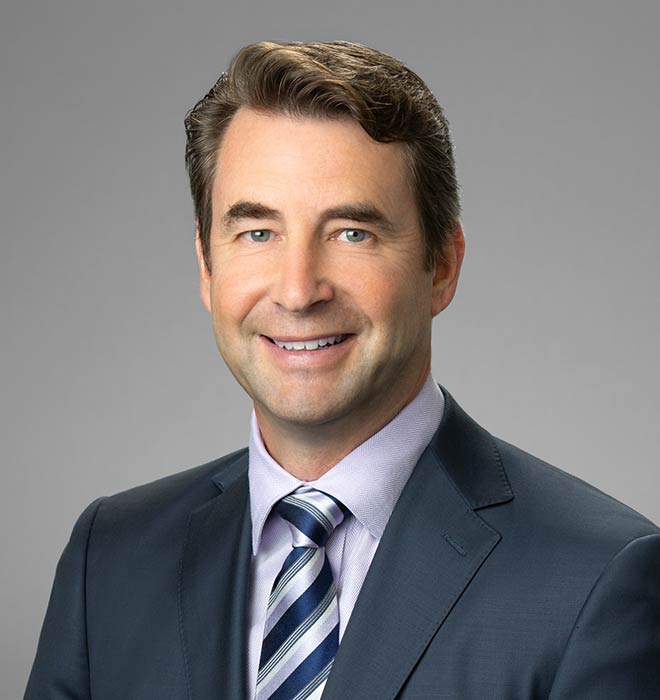 Mr. Harper is President and Chief Executive Officer of Blue Mountain Midstream LLC. Mr. Harper retired in April 2017 as President of Gas Pipelines and Processing at Enbridge Inc., where he served since his appointment on January 30, 2014. As the head of Enbridge’s natural gas business, Mr. Harper’s deep and proven operational, commercial, and developmental experience, thanks to an extensive background in the natural gas industry, helped initiate and facilitate the acquisition of his predecessor company Spectra Energy, creating the largest energy transportation company in North America.

Mr. Harper joined Enbridge from Southwest Energy, where he served as Senior Vice President, Midstream, and also held the position of Group President, Pipelines and Gathering at CenterPoint Energy. Prior to joining CenterPoint in 2008, Mr. Harper enjoyed a 20-year career with Spectra Energy, and its predecessor companies, including Texas Eastern, where he started as a construction engineer, Duke Energy where he ran the merchant energy and trading business and eventually rose to the role of President and CEO of Spectra Energy Partners. Mr. Harper serves as a member of the board of Riviera Resources, Inc. He also serves on the Board of Directors of Sprague Resources, LP.

A native of Owensboro, Kentucky, Mr. Harper is actively involved in community service, including educational, industry, professional, and arts organizations; he served as Chairman of the Board of the Interstate Natural Gas Association of America (INGAA) and is a member of the National Association of Corporate Directors. He also served as Chairman of the board of directors of Theatre Under the Stars and now serves on the executive committee of the board. He holds a Bachelor of Science (B.Sc.) degree in mechanical engineering from the University of Kentucky, where he now serves on the college’s Dean’s Advisory Council, as well as a Master of Business Administration (MBA) degree with Honors from the University of Houston where he also now serves on the Bauer College Board. Mr. Harper resides in Houston, Texas and has a daughter, two sons and is married to Ms. Lisa Foronda. 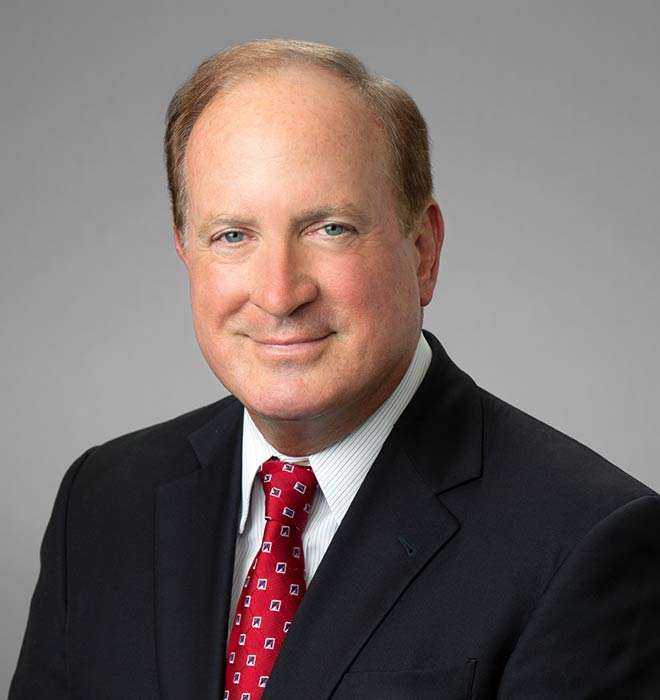 He was Enbridge’s lead in the integration of Spectra’s Canadian midstream and pipeline business, was a member of Enbridge’s Senior Leadership Team, a member of its Human Resources Advisory Counsel and served on the Board of Directors for Alliance Pipeline and Aux Sable companies.

For the six years prior to Enbridge (2008-2014), Mr. Reese was Vice President of Business Development & Coastal Processing at Targa Resources, where he was responsible for growing gas gathering & processing, crude oil gathering and NGL fractionation businesses. He was also responsible for Targa’s Coastal Processing business unit and joint ventures. Prior to Targa Resources, he enjoyed a 23-year career at Spectra Energy and DCP Midstream. From 2004-2008, he was Spectra’s executive lead for Gulfstream Natural Gas System serving pennisula Florida (Tampa, Florida executive office) and the growing electric-generation market.  While there he served on the board of directors of the Florida Natural Gas Association. From 2002-2004, he was Senior Vice President Spectra Energy Canada (Calgary office) where he also held positions as President Westcoast Gas Services and Co-CEO Foothills Pipeline. He also served on the National Petroleum Council’s transportation and distribution task force. From 1985 to 2002, he held various positions of increasing responsibility at DCP Midstream, Texas Eastern Transmission, Panhandle Eastern Pipeline and Trunkline Gas Company.

Mr. Reese holds a bachelor’s degree in Business Administration – Finance with honors as well as an MBA from the University of Houston system. He was born in Dallas, Texas & currently resides in Montgomery, Texas with his wife Linda. He has three grown sons and four grandchildren and serves in a variety of ministries and as a Trustee at his home church. 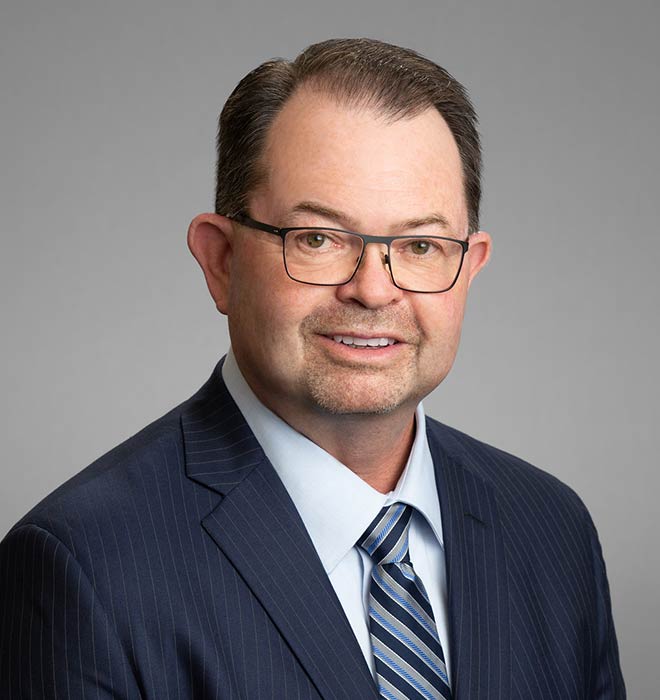 Mr. Weathers is Executive Vice President and Chief Commercial Officer of Blue Mountain Midstream LLC. Mr. Weathers has worked in the energy industry for over 35 years in positions ranging from the field to the executive suite. Mr. Weathers is currently responsible for business development, customer service and acquisitions & divestitures at Blue Mountain Midstream. Previously (2014-2017), Mr. Weathers maintained responsibility for Enbridge Inc.’s U.S. midstream business development, including the review, evaluation and execution of acquisitions and divestitures.

Mr. Weathers and his team successfully secured a Permian pipeline project with a firm commitment from a major energy company, completed an acquisition of an East Texas gathering and processing system, and executed multiple divestitures including marketing positions, trucking assets, two pipeline systems and an oil terminal. Mr. Weathers was a member of the board of Delfin LNG, Chairman and Enbridge’s Management Committee Representative for Vector Pipeline and acted as an officer for multiple Enbridge entities.

Prior to Enbridge, Mr. Weathers was responsible for midstream business development at Southwestern Energy where his efforts resulted in a new Marcellus pipeline project (PennEast) with four northeast LDCs as equity participants. Mr. Weathers was also a Senior Director at NextEra Energy where he served as a key member of the negotiation team and as leader of the due diligence team for commercial terms and physical operations related to a NextEra’s ~$4 B equity position in interstate and intrastate pipelines designed to serve Florida Power and Light and other customers.  Prior to NextEra Energy, Mr. Weathers also held various positions with increasing responsibility at Duke Energy for over 20 years. 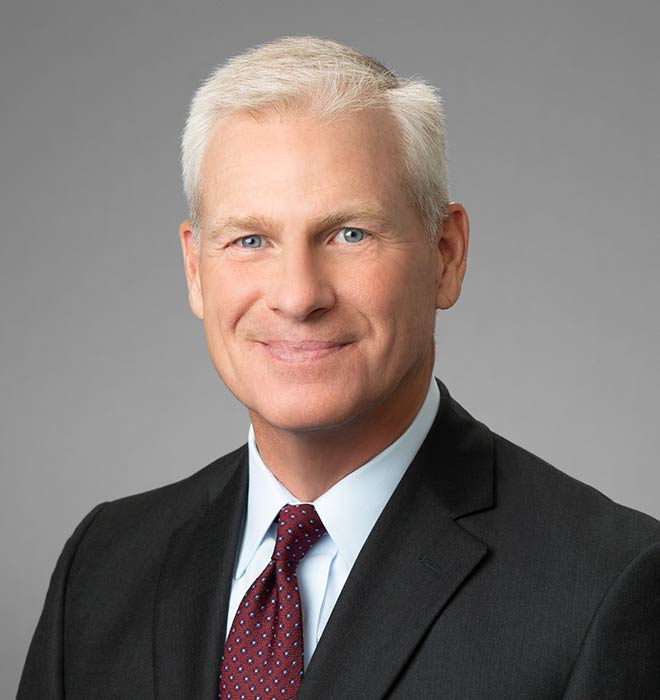 Mr. Ditzel is Executive Vice President and Chief Operating Officer of Blue Mountain Midstream LLC with over 36 years of experience working in the natural gas pipeline business. From 2011 to 2018, Mr. Ditzel was Vice President of Commercial for the Transmission and Storage business at Enable Midstream Partners, where he was responsible for the successful development of over $400 million of expansion projects on Enable’s intrastate and interstate pipeline systems to serve new power generation and growing production.

Prior to his time at Enable Midstream, Mr. Ditzel worked in various roles of increasing responsibility in both business development and operations/engineering at Spectra Energy, Duke Energy and Panhandle Eastern. As General Manager of Business Development, he led the acquisition and integration of the Ozark Gas pipeline and gathering systems into Spectra Energy. Mr. Ditzel also led the 300+ employees of Texas Eastern’s South Division operations including the significant crisis management efforts during Hurricanes Katrina & Rita as General Manager of Operations.

He holds a Bachelor of Science in Mechanical Engineering from Iowa State University. 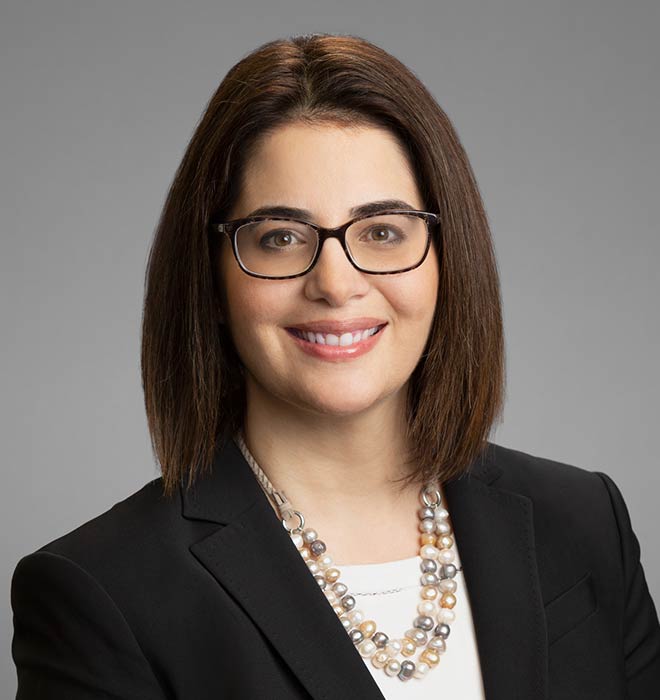 Ms. Kaissi is Chief Financial Officer at Blue Mountain Midstream LLC. She has 20+ years in the energy industry, with most of that experience being with midstream companies.  Prior to joining Blue Mountain, Ms. Kaissi spent 13 years with Enbridge Inc., where she had multiple leadership roles within accounting and finance, including Controller of Enbridge US, which included three public registrants – Midcoast Energy Partners, Enbridge Energy Partners, as well as Enbridge Energy Management. She also held leadership roles in Financial Planning and Analysis, and Internal Audit.

Prior to Enbridge, Ms. Kaissi was the Director of Internal Audit with Dynegy, and held roles at Enron and Arthur Andersen LLP.  She is a Certified Public Accountant.

Ms. Kaissi is married and has two daughters. 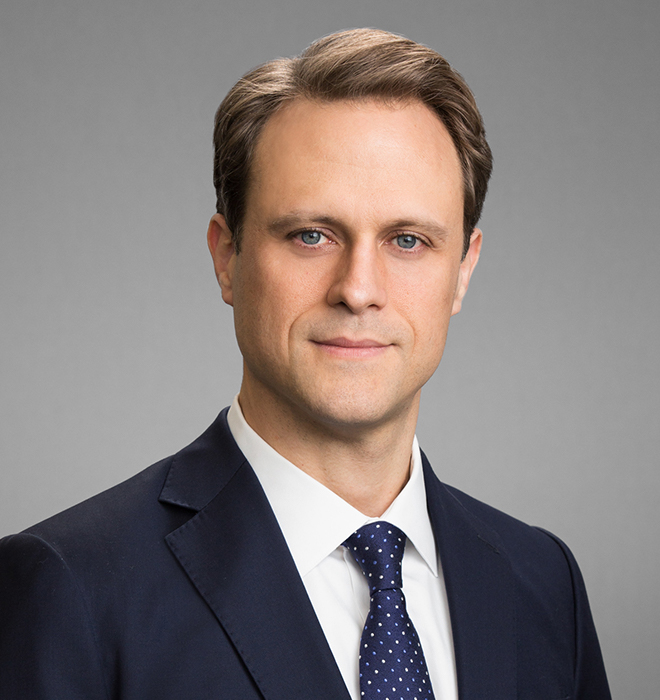 Prior to his legal career, Mr. Leslie served as a United States Army officer, attaining the rank of Captain, and was awarded the Bronze Star for his leadership of a cavalry scout platoon in Iraq during Operation Iraqi Freedom.

Mr. Leslie is a graduate of the Woodrow Wilson School of Public and International Affairs at Princeton University and of the Louisiana State University Law Center.

Riviera Resources Board of Directors

Matthew Bonanno joined York Capital Management (“York”) in July 2010 and is a Partner of the firm. Mr. Bonanno joined York from the Blackstone Group, where he worked as an associate focusing on restructuring, recapitalization and reorganization transactions. Prior to joining the Blackstone Group, Mr. Bonanno worked on financing and strategic transactions at News Corporation and as an investment banker at JP Morgan and Goldman Sachs. Mr. Bonanno, in his capacity as a York employee, is currently a member of the boards of Riviera Resources, Inc., LINN Energy, Inc., Rever Offshore AS, all entities incorporated pursuant to York’s partnership with Costamare Inc., Augustea Bunge Maritime, Next Decade LLC, Vantage Drilling Co. and Roan Resources LLC.

Joseph Mills is President and Chief Executive Officer of Samson Resources II, LLC, a position he has held since March 2017. Prior to joining Samson Resources, Mr. Mills served in various roles, including Chairman and Chief Executive Officer positions for several public and private oil and gas companies, including Eagle Rock Energy G&P, LLC and Montierra Management LLC. In addition, Mr. Mills previously served on the Board of Directors of Roan Resources, Inc. from November 2018 to December 2019 and CIU Global, Inc. from August 2015 to October 2016. He has also served in director and executive officer positions at several other industry related companies. Mr. Mills received a Bachelor of Business Administration degree in Petroleum Land Management from the University of Texas and a Master of Business Administration degree in Finance from the University of Houston.

David Rottino is President and Chief Executive Officer and a director of Riviera Resources. Prior to Riviera Resources’ spin-off from LINN Energy, Inc., he served as LINN Energy’s Executive Vice President and Chief Financial Officer and as a member of the board of directors. Mr. Rottino has over 25 years of total experience and over 20 years of experience in the oil and natural gas industry. Prior to joining LINN in June 2008, he served at El Paso Energy, ConocoPhillips and Burlington Resources in various finance, accounting, and strategic planning roles. Mr. Rottino earned a bachelor’s degree in business administration from Texas Tech University and an M.B.A. from Texas Christian University.

Greg Harper has served as the President and CEO of Blue Mountain Midstream since 2018. Prior to Blue Mountain Midstream, Mr. Harper served as President, Gas Pipelines and Processing and as the principal executive officer of Midcoast Holdings L.L.C., an Enbridge Inc. affiliate. Before joining Enbridge, Mr. Harper served in various Senior Executive positions including Senior Vice President of Midstream of Southwestern Energy Company, Senior Vice President and Group President of CenterPoint Energy Pipelines and Field Services, and President, Chief Executive Officer and Director of Spectra Energy Partners, LP. Mr. Harper currently serves on the board of Sprague Resources where he has served as the chair of the audit committee since Sprague’s initial public offering in 2013, and previously served on the boards of Midcoast Holdings, L.L.C., Enbridge Energy Company, Inc. and Enbridge Energy Management, L.L.C. Mr. Harper received his Bachelor’s degree in mechanical engineering from the University of Kentucky and his M.B.A from the University of Houston. 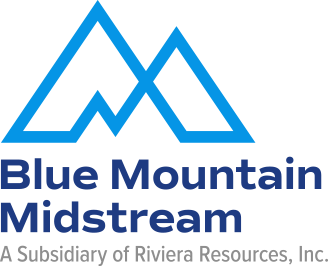